Life After Mobilegeddon: Both Sides of the Google Mobile Update

On April 21, 2015 Google released a new variation on their search algorithm which places heavier significance on mobile-friendly browsing for the web. Under this new update, site owners were told to expect change - either good or bad - based on their website's mobile formatting. The sum of it all being, if you do not have a website optimized for mobile-friendly browsing, you're bound to drop in mobile search rankings.

Some points to keep in mind when considering Google's mobile update:

So now that all is said and done, what was the true impact of the Google mobile update? Let's take a look at the story of...

... a site that IS NOT mobile-friendly

The percentage of traffic visiting the site below from the timeframe of March 30th through May 12th, 2015 from mobile was 13.61%. Because of this, a large dip in organic traffic from mobile could have the potential to create a pretty large impact in this site's traffic. Take a look at how this site was impacted from Google's Mobilegeddon update.

In the screen grab below, take a look at how overall organic search traffic was impacted, including desktop and tablet viewers:

The image above represents all traffic impacted (desktop, tablet, mobile) during this timeframe. Below, take a look at how mobile-specific traffic sessions, % New Sessions and New Users changed after the Mobilegeddon update.

So really not too much change on the non-mobile friendly front. Google released a statement that the rollout was completely live by April 24th, and in looking at the graph this is where the most noticeable discrepancy began to take place.

Of course, because this is a smaller site, the percentage of change did not make a huge impact traffic-wise; but in translating the data based on percentage lost, larger sites may see a pretty significant dip in their numbers post-update.

At this point, you may need to consider the ramifications of remaining unfriendly to mobile viewers. If you have a large viewership from mobile, it may even be more valuable to invest in optimizing your site for mobile. Luckily, Google's update is on a rolling basis so you don't have to wait for a manual update to reboot your rankings after making the switch.

... a site that IS mobile-friendly

The percentage of traffic to the site below between March 30th and May 12th, 2015 from mobile was 9.9%. Though this is a lower percentage than many sites, this number is trending up at a pretty rapid rate.

Post-update, this site has experienced a high percentage of growth in the organic search space. Take a look at the trend for overall search traffic including mobile, desktop and tablet.

As you can see from the above screen grab, organic traffic has increased substantially. Take a look at the results from mobile-specific sessions, % new sessions and new users below:

Generally, the post-update change for a site that is mobile-friendly is looking pretty good.

On the flip-side of Mobilegeddon would be Mobilegetting.... bada-bing!

For those who optimized their sites previous to this most recent update, traffic improvements are actually trending higher than any decline for sites that are not mobile-friendly. Check out this chart from Searchmetrics - the biggest loss was recorded as 27% whereas the greatest gain was over 400%!

The moral of this mobile saga

If your site is not optimized from mobile, it's not actually the end of the world as the name would suggest. Combined with hundreds of other ranking factors, having a mobile-friendly site is important but it's not the be-all end-all.

Because more and more people are adapting to mobile viewership, I do highly suggest that you work towards making your site mobile-friendly. Like optimizing your site for search in other ways, building a foundation using best practices can only help your site in the long run and provide your viewers with a better user experience. 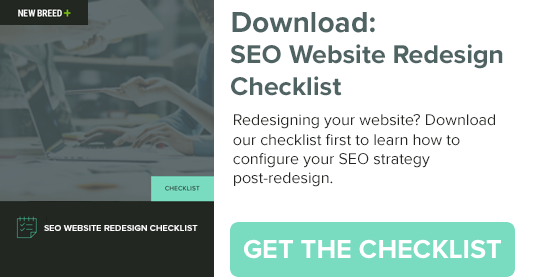 October 27, 2014 10 Lessons for More Engaging Mobile Content Are you on your smartphone right now? If you answered yes that’s because the...
July 3, 2019 The Rise of Mobile-First Design Whether you’re sitting on a bus, at a cafe, in the office or even walking down...
February 7, 2020 How to Optimize Your Web Design for Mobile With each change to Google’s core algorithm, optimizing for mobile becomes more...