How to Do Accurate Sales Forecasting 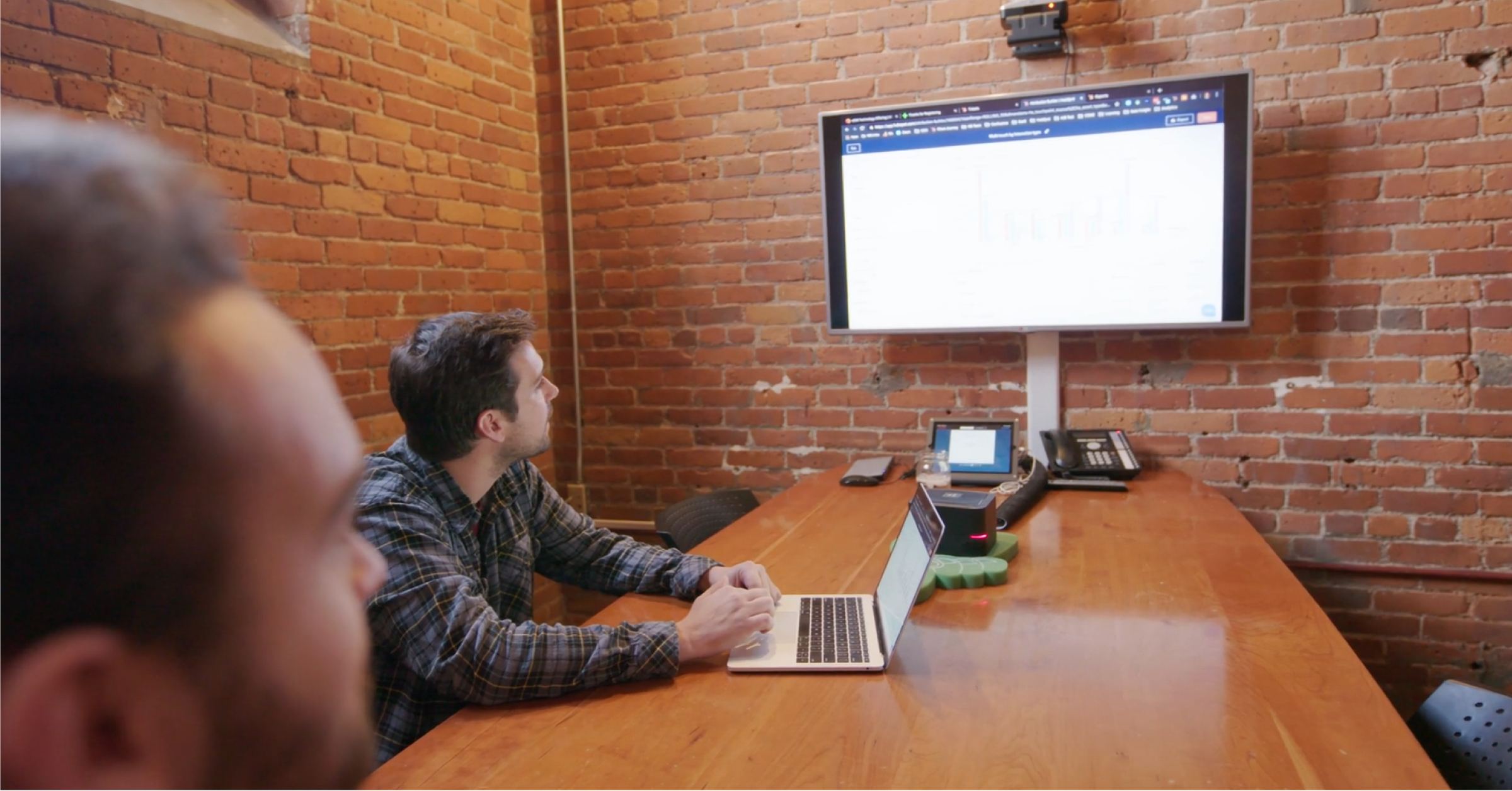 At their core, forecasts are probable assumptions based on data. So, they won’t be perfect, but sales forecasting is still beneficial for your company.

You need to anticipate the revenue you’ll be bringing in to make business decisions — for example, maybe you’d need to hire more people for your service team if you’re expecting a spike in customers. So, you want to ensure that your sales forecasts are as accurate as possible.

Here are some components of an accurate forecast:

Even the best sales team doesn’t have a 100% win rate so forecasting on total pipeline alone will never be accurate. Instead of basing your forecasts on all of the potential revenue from every open opportunity, you need to take into account how likely it is for different deals to close in a given timeframe.

To do this, you create a weighted forecast by assigning different percentage values to different deal properties. For example, in HubSpot, you can build win probabilities into your deal stages and it’ll adjust your forecasted revenue accordingly.

Additionally, there are tools that use advanced data analytics and AI like InsightSquared that develop weighting based on an individual reps history with deals of that size at the stage and how this deal’s behavior compares to previous deals.

A Universal Understanding and Adoption of Deal Stages

A fundamental of accurate forecasting at the team level is consistent data from all sales reps. So, it’s important that your reps adjust prospects’ deal stage as they move through the buyer’s journey and are all using the same triggers to do so.

Doing so will enable you to understand your win rate at each stage of the process which will help you develop your weighted forecast. However for you to be able to get an accurate weighted forecast for your entire team, your deal stages need to be labeled consistently so that you get clean data.

If reps are using their own definitions for deal stages, you won’t be able to easily find average win rates for each stage, making it difficult to develop forecasts for the entire team. While individual forecasts might be correct as long as reps are consistent with themselves, trying to consolidate that data into a holistic revenue prediction will require extra time to incorporate the correct weighting for each member, which is time that could be saved by collecting cleaner data in the first place.

In addition to organizing deals by deal stage, creating forecast categories based on your level of confidence about whether a deal will close on the projected date can also help you create an accurate weighted pipeline.

At New Breed, we use the categories “pipeline,” “best case” and “commit.” The pipeline category is for prospects who are very hypothetical, so we don’t incorporate too much of this revenue into our forecast. Best case is for deals that are going well and it’s looking like they’re going to close, so a larger percentage of this revenue is added to the forecast. Finally “commit” is for prospects that have given a form of commitment, so we can be pretty certain of this deal closing.

Without forecast categories, you’re looking at all your opportunities across each stage on an equal playing field, but they’re not. You might have verbal commitment from one prospect while another just mentioned that they need to loop in two other decision-makers.

Using these categories helps you get a better total pipeline forecast in addition to a more realistic weighted pipeline. 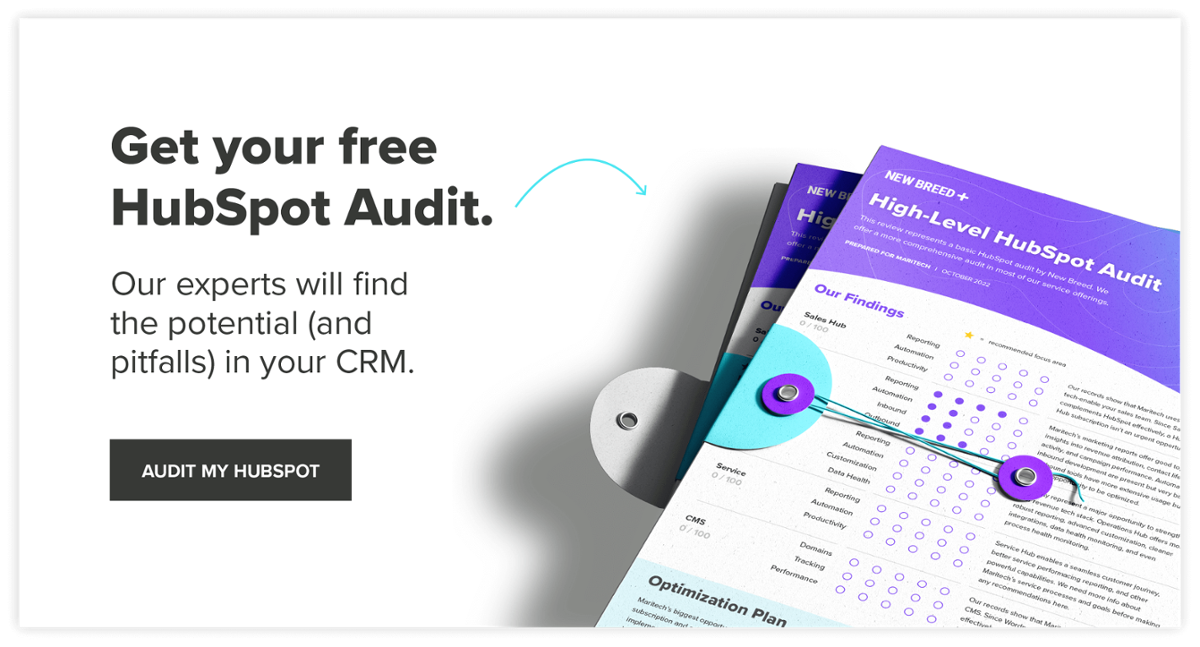 The timing of when you assign dollar amounts to deals will impact how realistic that estimate is because adding pricing too early can overinflate your pipeline.

At the start of a deal, a prospect may be interested in learning about more solutions than they would actually be able to purchase in the end, so basing an estimate on initial conversations can be overly idealistic.

For example, at New Breed we won’t add a deal estimate until we’ve reached the proposal presentation stage and are going over solutions, and when we’re creating that estimate, we base it on the minimum we think they can buy — not everything that’s being pitched.

As a rep is working through the sales process, it’s important they understand the prospect’s timeline in order to gain a realistic idea of when a deal will close.

When you create a closing plan or mutual action plan, you create a collaborative plan with a prospect for everything that happens before close and you turn theory into application. Instead of having vague next steps like “I’ll look into this further” or “I’ll see what my team thinks”, mutual action plans define what the timeline is for closing, who exactly needs to be involved and what deliverables both parties need to complete.

Mutual actions provide reps with a concrete understanding when the prospect is planning to make a decision instead of just approximating. This results in more accurate closing timelines so your forecasts will be based on better data.

Sometimes reps let their excitement about a deal overtake their data-driven decision-making. Regularly talking to reps about their deal progress, red flags, fit level and potential close opportunities they didn’t pursue will give managers a better understanding of how accurate the data reps are recording.

These meetings can help you qualitatively assess the quantitative data you have available so you can ensure that deal stages and forecast categories are objectively correct and not being influenced too much by optimism.

Visibility Into Past Trends

By giving reps access to how similar deals have progressed previously, they’ll be better able to forecast themselves. For example, if you know that historically involving legal teams in a deal has added more time before a deal can close near the end of a sales process then when that scenario plays out with a deal you’re currently working on, you know to push out that timeline.

So, it’s beneficial to ensure reps are familiar with the typical sales cycles for your ICPs and buyer personas.

That being said, if you have an accurate forecast, you won’t necessarily outperform it, so you should also ensure that your weighted pipeline value aligns with your business goals.

Closing deals and hitting your business goals requires strategic actions on a daily basis. Download our Sales Activity Planner to stay on target to hit your monthly and yearly revenue goals. 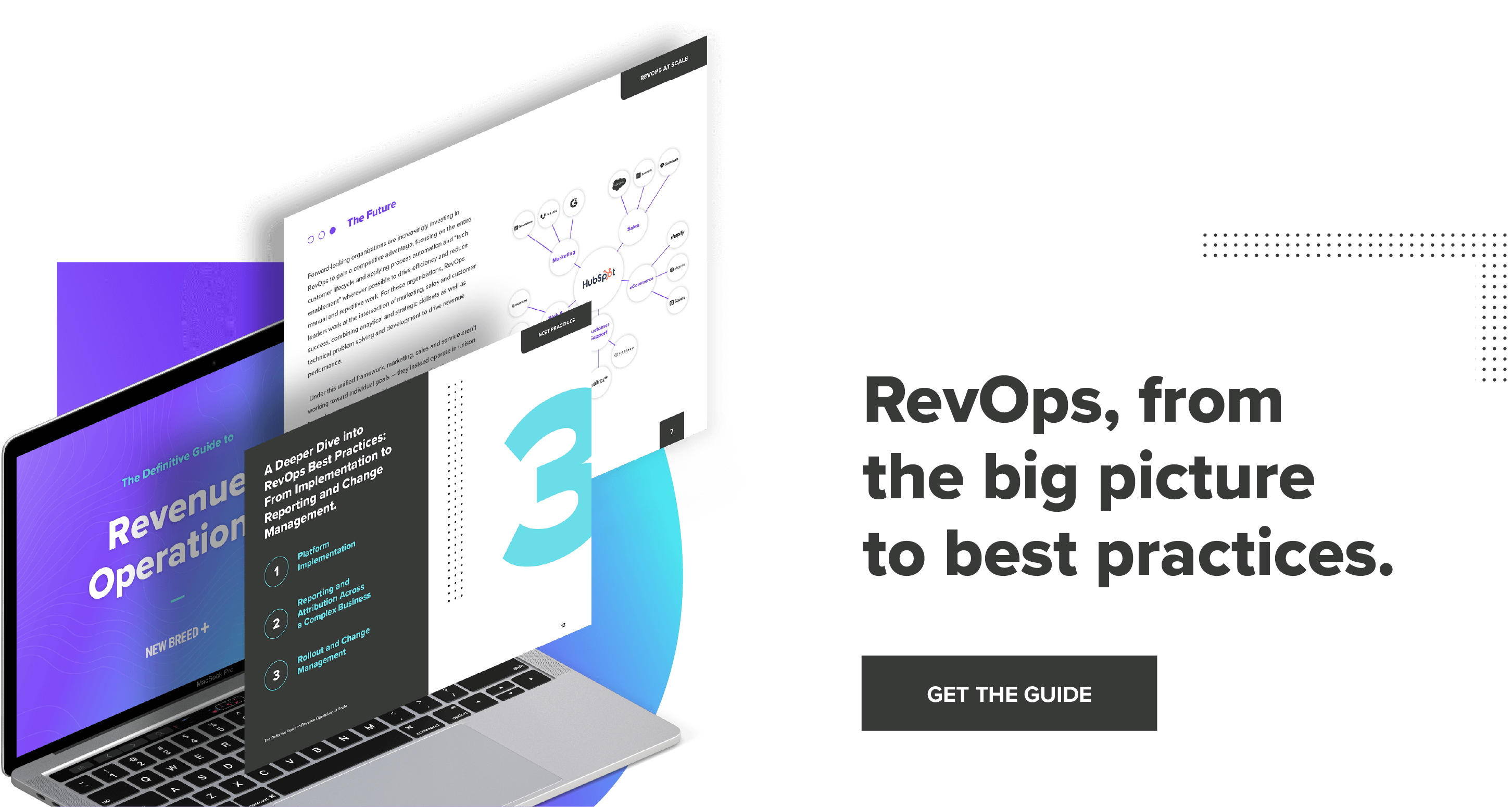 Beth is a Senior Manager of Revenue Operations at New Breed and specializes in optimizing how processes and platforms support revenue growth.

January 18, 2015 7 Things You Need to Know about Your B2B Buyer Personas The best place to start any inbound marketing program is by defining your buyer...
April 3, 2019 What is Responsive Web Design? First impressions matter. In an age where your website is likely to be the...
July 9, 2020 Behind the Scenes of New Breed’s Marketing Planning Process Regardless of whether you are a team of three, seven or twenty-five, marketing...